Provides 24 hour relief!  No Drowsiness!  Side Effects Comparable to a Sugar Pill 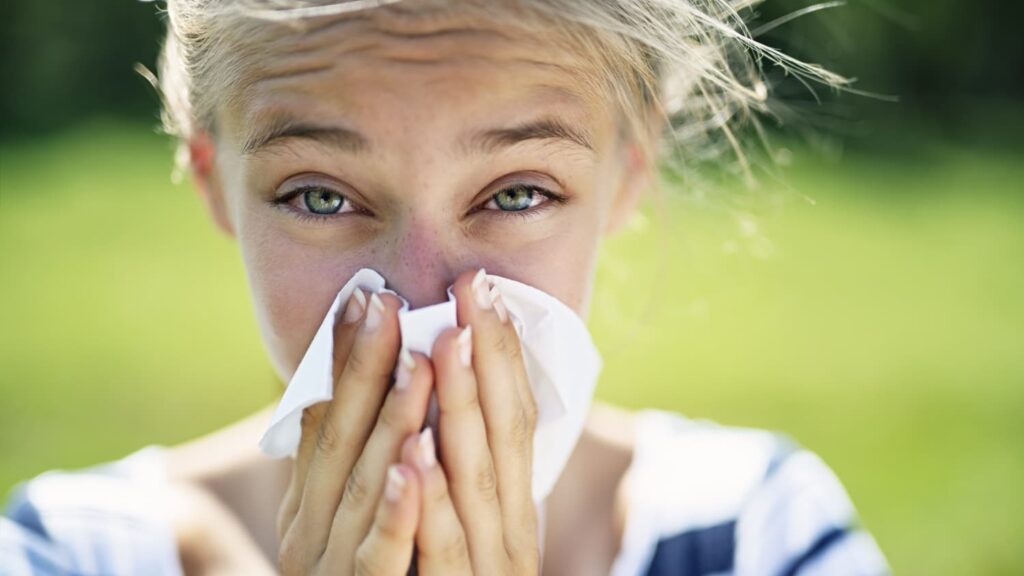 IMPORTANT WARNING:
Do not use Clarinex if you are pregnant, breastfeeding or allergic to Claritin or desloratadine.

HOW TO REQUEST A PHYSICIAN CONSULTATION FOR AN CLARINEX PRESCRIPTION:

WHAT IS AN ALLERGY?

An allergy is your body’s immune response to a stimulus known as an allergen, which is ordinarily harmless to most people. When an allergen enters the body, the immune system begins to manufacturer antibody to fight it off. Most people can breath in pollen, dust, mold, and animal dander with no problems. But for those 50 million people who are allergic to these ordinary everyday things, the body’s immune system overreacts and sets off a complicated  immune system chain reaction in  your body.

HOW DO YOU DEVELOP AN ALLERGY?

The first time you breathe in pollen or an allergen, it makes its way to your nose and sets off your immune system. Your immune system decides that this substance is dangerous and makes a small amount of antibody to fight it off. The next time you are exposed and every time after, your body remembers the allergen and manufactures lots of antibody to fight it off. These antibodies stimulate Mast Cells in the mucous membranes of your nose, eyes, throat and lungs to release Histamine. Next this histamine encourages your tissues to secrete fluids which become irritated resulting in swelling, itching and inflammation. As a result,  you develop the allergic symptoms of feeling congested, sneezing and a runny, itchy nose and red, watery eyes. In addition to these symptoms, you may also develop asthma and skin reactions such as eczema. With each subsequent exposure to the allergen, allergic reactions can become increasingly severe.

WHY DO SOME PEOPLE DEVELOP ALLERGIES?

Researchers are unsure why some people develop allergies while others do not. Over 22 million suffer from allergies at some times during their life. There is evidence that a genetic component may be a contributing factor.  If one of your parents suffer from allergies, you have a 25% chance of developing them, if both parents suffer, than you have 75% – 80% chance of developing allergies.

WHAT ARE YOUR ALLERGY TRIGGERS?

Nearly 1-in-every-5 Americans suffering from allergies. For some symptoms come and go with the pollination seasons of certain trees, grasses or weeds.  But for many allergy sufferers symptoms are often caused by more than one substance and may be a mixture of both seasonal pollen allergens and indoor allergens.

Seasonal Allergies: If your allergy symptoms are worse in some seasons than others, this means you probably are allergic to pollen.  Depending on where you live, your symptoms are probably worse in early spring to late summer.  This form of allergies is often referred to as hay fever, although it has nothing to do with hay or fever.

Year-Round Perennial Allergies: If your allergy symptoms do not change very much with seasons and are present year round, you are probably allergic to other allergens such as animal dander, dust mites, feathers or mold as well as pollen.

Clarinex is the newest FDA approved prescription antihistamine for allergy sufferers. Antihistamine  is a type of medication that blocks the actions of histamines, which are a naturally occurring substances in your body that are released by your immune system during an allergic reaction. Clarinex helps relieve the symptoms of seasonal and year-round allergies such as itchy, watery eyes, sneezing and runny  nose caused by exposure to allergens such as dust, mold, pet dander, pollen from trees, grasses and weeds.

HOW DOES CLARINEX DIFFER FROM CLARITIN?

Clarinex is the newest FDA allergy medication. Clarinex is taken just once a day providing 24 hour relief, is non-sedating and is as safe as a sugar pill.   Clarinex is a newer improved version of Claritin and it costs less than Claritin.

HOW DOES CLARINEX DIFFER FROM OTHER ANTIHISTAMINES?

Clarinex is available by prescription only.  Unlike most over the counter and some prescription antihistamines, Clarinex is non-drowsy. Since once-a-day Clarinex Tablets 5mg offers 24 hours of relief, you can take it in the morning and wake up the next day with your symptoms under control.

CAN CLARINEX BE USED WITH OTHER ALLERGY MEDICATIONS?

IS THERE A CURE FOR ALLERGIES?

No. There is no cure for allergies.  Clarinex is an antihistamine that helps relieve allergy symptoms by blocking the histamines released by your body when exposed to an allergen.

WHAT ARE THE SIGNS & SYMPTOMS OF ALLERGIES?

WHAT ARE THE DIFFERENCES BETWEEN ALLERGIES AND A COLD?

Telling the difference between allergies and colds can be difficult, even for physicians.  The symptoms are similar: Both may cause sneezing; congestion; thin, watery discharge from your nose; water eyes; fatigue; and headaches. But colds DO NOT usually cause itching in the nose, throat and eyes. Colds often start with a sore throat or are accompanied by a fever, while allergies to do not cause  sore throat and do not cause a fever.  Also, the overall duration of symptoms may give a clue. Colds and their symptoms will generally last 7 – 10  days.  Allergy symptoms subside within hours after exposure to the allergen stops, but may persist for months if exposure continues.  When the allergen is pollen, the symptoms may last for weeks or months.

WHEN SHOULD I TAKE CLARINEX?

Clarinex is taken only once a day for 24 hour relief of symptoms of year round and seasonal allergies. It is usually best to take the medication at the same time each day.  Clarinex can be taken  with or without food.

WHAT ARE THE INDICATIONS FOR CLARINEX?

Clarinex is a new improved version of Claritin than only needs to be taken once a day. If you suffer from seasonal allergies, you can take one Claritin daily when you begin to experience symptoms or during known allergy seasons. When you are not experiencing symptoms you do not need to take Claritin. If you suffer from year-round allergies, you can take Claritin once daily when you have been exposed to allergy triggers of take one pill daily to control allergy symptoms. Clarinex is used in a similar manner to Claritin except only once a day and it controls symptoms for 24 hours.

WHAT ARE THE  SIDE EFFECTS OF CLARINEX?

The common side effects of Clarinex are similar to taking  a sugar pill which are sore throat, dry mouth and fatigue. Rarely there have been the following adverse events reports: tachycardia, rarely hypersensitivity reactions such as rash, pruritus, urticaria, edema, dyspnea, and anaphylaxis and elevated liver enzymes including bilirubin.

WHO SHOULD NOT USE CLARINEX?

Do NOT take Clarinex if you are pregnant or breast feeding.

Do NOT  take  Clarinex if you have renal (kidney) or hepatic(liver) impairment.  Always inform your doctor before starting therapy.

Although Clarinex is approved for children over age 12, we only prescribe to ADULTS over age 18 online.

In order to proceed to the medical consultation, you must go to the next section and read the complete list of contraindications. Then you must verify that you do not have any of the contraindications, you are not pregnant and are not breast feeding.

Before Proceeding to the Medical Consultation Form  please read

CONTRAINDICATIONS, PRECAUTIONS and WARNINGS
and accept the Waiver of Liability

Clarinex is a newly approved allergy medication that is taken only once a day and provides 24-hour relief.  Clarinex is CONTRAINDICATED and must NOT be used in anyone with the following conditions:

If you have any health concerns in any way or if after using Clarinex for several days without experiencing significant improvement, you should contact your own physician for further advice.

Telling the difference between allergies and colds can be difficult, even for physicians. The symptoms are similar: Both may cause sneezing; congestion; thin, watery discharge from your nose; watery eyes; fatigue; and headaches.  But colds DO NOT usually cause itching in the nose, throat, and eyes. Colds often start with a sore throat or are accompanied by a fever, while allergies do not cause a sore throat and do not cause a fever.

Also, the overall duration of symptoms may give a clue. Colds and their symptoms will generally last 7 – 10  days. Allergy symptoms subside within hours after exposure to the allergen stops but may persist for months if exposure continues.When the allergen is pollen, the symptoms may last for weeks or months.

HOW TO USE CLARINEX

I DO NOT HAVE ANY OF THE ABOVE CONTRAINDICATIONS:

In order for Medical Wellness Center Physicians to provide you with the best care, you need to reply honesty to all questions and you need to understand any and all contraindications,  risks and side effects associated with Clarinexl.

By accepting “I Agree” means that you have read the above contraindication, precautions and warnings and honestly acknowledge that you do not have any of the above contraindications to Clarinex therapy. Also, that I am aware of the side effects! I fully understand that Clarinex is indicated for the treatment of seasonal and year-round allergies in those with no renal or liver impairment. Clarinex is contraindicated in anyone who is pregnant, breast feeding, who has renal (kidney) or liver impairment. I understand that it is solely my responsibility to seek diagnostic and medical treatment for any underlying medical conditions from my own regular primary care physician.

Where Alternative and Traditional Medicine Come Together for Total Wellness